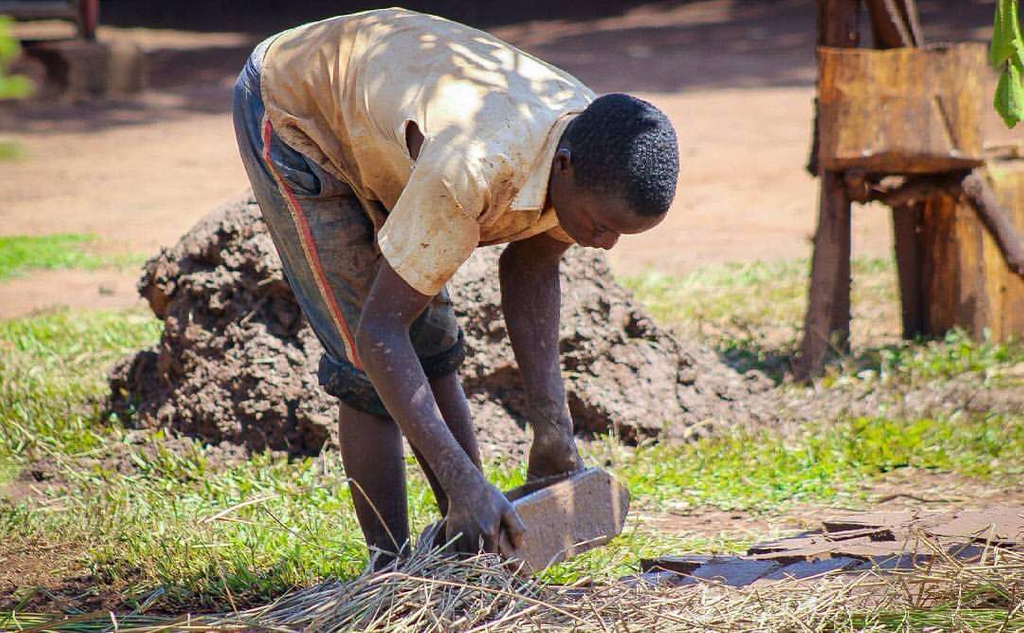 – You already know what you love to do. You’ve just forgotten how to do it.

Remember back when you were a kid? You would just do things. You never thought to yourself, “What are the relative merits of learning baseball versus football?” You just ran around the playground and played baseball and football. You built sand castles and played tag and asked silly questions and looked for bugs and dug up grass and pretended you were a sewer monster.

Nobody told you to do it, you just did it. You were led merely by your curiosity and excitement.

And the beautiful thing was, if you hated baseball, you just stopped playing it. There was no guilt involved. There was no arguing or debate. You either liked it, or you didn’t.

And if you loved looking for bugs, you just did that. There was no second-level analysis of, “Well, is looking for bugs really what I should be doing with my time as a child? Nobody else wants to look for bugs, does that mean there’s something wrong with me? How will looking for bugs affect my future prospects?”

There was no bullshit. If you liked something, you just did it.

“HOW DO I FIND MY PASSION?”

Today I received approximately the 11,504th email this year from a person telling me that they don’t know what to do with their life. And like all of the others, this person asked me if I had any ideas of what they could do, where they could start, where to “find their passion.”

And of course, I didn’t respond. Why? Because I have no fucking clue. If you don’t have any idea what to do with yourself, what makes you think some jackass with a website would? I’m a writer, not a fortune teller.

But more importantly, what I want to say to these people is this: that’s the whole point — “not knowing” is the whole fucking point. Life is all about not knowing, and then doing something anyway. All of life is like this. All of it. And it’s not going to get any easier just because you found out you love your job cleaning septic tanks or you scored a dream gig writing indie movies.

The common complaint among a lot of these people is that they need to ‘find their passion.’

I call bullshit. You already found your passion, you’re just ignoring it. Seriously, you’re awake 16 hours a day, what the fuck do you do with your time? You’re doing something, obviously. You’re talking about something. There’s some topic or activity or idea that dominates a significant amount of your free time, your conversations, your web browsing, and it dominates them without you consciously pursuing it or looking for it.

It’s right there in front of you, you’re just avoiding it. For whatever reason, you’re avoiding it. You’re telling yourself, “Oh well, yeah, I love comic books but that doesn’t count. You can’t make money with comic books.”

Seriously, have you even tried?

The problem is the, “Oh, well that’s just not a realistic option,” or “Mom and Dad would kill me if I tried to do that, they say I should be a doctor” or “That’s crazy, you can’t buy a BMW with the money you make doing that.”

And even then, who says you need to make money doing what you love? Since when does everyone feel entitled to love every fucking second of their job? Really, what is so wrong with working an OK normal job with some cool people you like, and then pursuing your passion in your free time on the side? Has the world turned upside-down or is this not suddenly a novel idea to people?

Look, here’s another slap in the face for you: every job sucks sometimes. There’s no such thing as some passionate activity that you will never get tired of, never get stressed over, never complain about. It doesn’t exist. I am living my dream job (which happened by accident, by the way. I never in a million years planned on this happening; like a kid on a playground I just went and tried it), and I still hate about 30% of it. Some days more.

Man sitting down with his passion, the saxophone

The issue here is, once again, expectations. If you think you’re supposed to be working 70-hour work weeks and sleeping in your office like Steve Jobs and loving every second of it, you’ve been watching too many shitty movies. If you think you’re supposed to wake up every single day dancing out of your pajamas because you get to go to work, then you’ve been drinking the Kool-Aid. Life doesn’t work like that. It’s just unrealistic. There’s a thing most of us need called balance.

I have a friend who, for the last three years, has been trying to build an online business selling whatever. It hasn’t been working. And by not working, I mean he’s not even launching anything. Despite years of “work” and saying he’s going to do this or that, nothing actually ever gets done.

What does get done is when one of his former co-workers comes to him with a design job to create a logo or design some promotional material for an event. Holy shit, he’s all over that like flies on fresh cow shit.

And he does a great job! He stays up to 4:00 AM losing himself working on it and loving every second of it.

But then two days later it’s back to, “Man, I just don’t know what I’m supposed to do.”

I meet so many people like him. He doesn’t need to find his passion. His passion already found him. He’s just ignoring it. He just refuses to believe it’s viable. He is just afraid of giving it an honest-to-god try.

It’s like a nerdy kid walking onto a playground and saying, “Well, bugs are really cool, but NFL players make more money, so I should force myself to play football every day,” and then coming home and complaining that he doesn’t like recess.

And that’s bullshit. Everybody likes recess. The problem is that he’s arbitrarily choosing to limit himself based on some bullshitty ideas he got into his head about success and what he’s supposed to do.

Another email I get all the time is from people wanting advice on how to become a writer.

And my answer is the same: I have no fucking idea.

As a kid, I would write short stories in my room for fun. As a teenager, I would write music reviews and essays about bands I loved and then show them to nobody. Once the internet came around, I spent hours upon hours on forums writing multi-page posts about inane topics – everything from guitar pickups to the causes of the Iraq War.

I never considered writing as a potential career. I never even considered it a hobby or passion. To me, the things I wrote about were my passion: music, politics, philosophy. Writing was just something I did because I felt like it.

Because here’s another point that might make a few people salty: If you have to look for what you’re passionate about, then you’re probably not passionate about it at all.

If you’re passionate about something, it will already feel like such an ingrained part of your life that you will have to be reminded by people that it’s not normal, that other people aren’t like that.

It didn’t occur to me that writing 2,000 word posts on forums was something nobody else considered fun. It never occurred to my friend that designing a logo is something that most people don’t find easy or fun. To him, it’s so natural that he can’t even imagine it being otherwise. And that’s why it’s probably what he really should be doing.

A child does not walk onto a playground and say to herself, “How do I find fun?” She just goes and has fun.

If you have to look for what you enjoy in life, then you’re not going to enjoy anything.